In the early 2000s Bob Davids, a serial entrepreneur and a key figure in the trust-based leadership community, took on a new challenge: to produce the best Pinot Noir possible... Quite a challenge, one might say! But how can freedom-based management apply to a vineyard?

Being a Bob Townsend disciple, Bob Davids always advocated a leadership based on trust and low ego.

According to him, any other way of managing a company restricts employees and generates inefficiencies and dysfunctions.

So Bob set up his vineyard based on these principles. His ultimate goal never changed: he wanted to produce best Pinot Noir as best as humanly possible.

Make more mistakes than anyone else. But do not make the same mistake twice

When looking for the land, Bob followed expert advice: he bought what used to be a ranch and transformed it into a vineyard. And as for day-to-day management, Bob did what he knows best: he didn’t manage.

First, he brought together the most talented people he knew in a small team. Then, he let them work on their own. His involvement with Sea Smoke is actually very limited: he occasionally calls up employees and asks them if they’re still having fun at work. Once in a while he gives out a hand, especially during harvest season.

Bob’s role is to guarantee that Sea Smoke meets its vision and delivers the most qualitative Pinot noir, but in no case is he involved in the daily management of the vineyard: that’s Victor’s job, who works every day at Sea Smoke.

Therefore, Victor could be considered as the general manager… Except that he doesn’t actually manage anyone!
No permission is requested, and no order is given. The employees make all the decisions. Nor are there any predetermined processes or limits: simply habits developed over time based on common sense. According to Victor, he hires stars in their respective fields precisely because he doesn’t want to tell them what they have to do, or check if they do it correctly: they (should) know it better than him.
Let’s be honest: this does not always suit a newcomer who does not necessarily know how high to set the bar.
Julian, for instance, arrived a year ago. He can of course ask for any information he needs, but it is ultimately up to him to determine the urgency or the level of priority of a task and the time and money it would take to complete it.
Meredith also struggles to get used to it. 4 years after she was hired, she still consults Victor from time to time before deciding on what she considers important. Victor never makes the decision for Meredith, but simply reminds her of Sea Smoke’s vision and the confidence he places in her judgment.
However, Victor organizes occasional updates with employees. But here again, we are still pretty far from the conventional performance reviews. These are more regular-but-informal conversations about the employee’s motivation than an actual review of the past year. As Victor says: why wait until the end of the year if we can immediately resolve a situation?
The objective in providing such freedom is to let talents express themselves without any barriers set by the company. Sea Smoke’s consistency with this principle applies everywhere. This way, everyone comes to the office or leaves whenever they want. The ostentatious privileges of management are also prohibited: there is no personal office, no personal parking space, and no advertising in the press focused on Bob or Victor, or any other person for that matter.

What do employees think about it? They love it!
They are highly empowered and believe that their own involvement makes a difference: this perception of a unique personal contribution gives purpose to their work, which can only develop the sense of pride they feel towards Sea Smoke wine.

Click here to keep exploring companies that have reorganized their way of working. Or, find out more stories about management innovation right here!

• A perfect and complete coherence between the purpose and the organization of the company
• Employees are motivated, committed, and grateful for this no-ego leadership
• There are, however, a few difficulties in getting used to so much responsibility, even after years working at Sea Smoke
• A small company with very limited recruitment: the perfect context to set up a teal leadership
• Seasonal stakeholders are also included to the no-ego no-management leadership at Sea Smoke 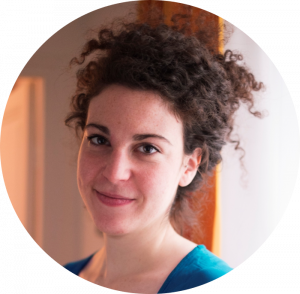